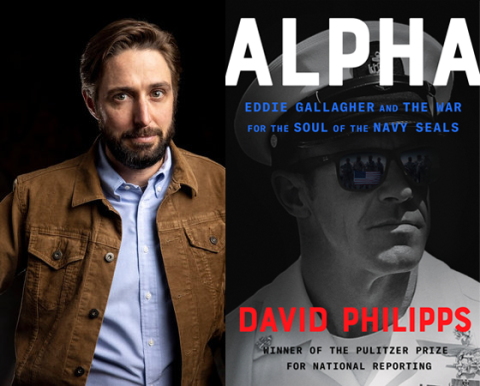 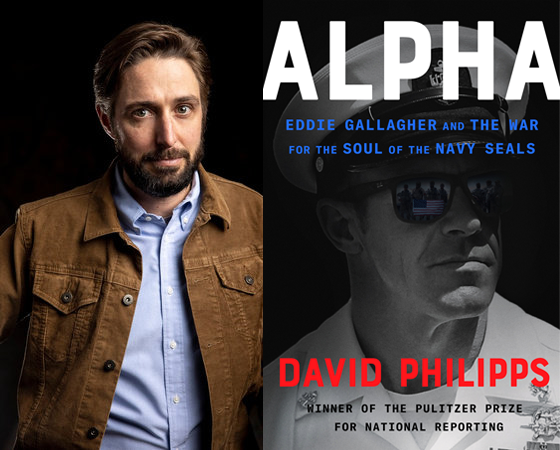 Emerging Adults , Adults , Older Adults
Registration for this event is no longer open.

This event is in-person and capacity will be limited. To reserve your spot please fill out the Registration Form below.

To purchase a copy of the book Alpha: Eddie Gallagher and the War for the Soul of the Navy SEALs, click here.

An epic account of the Navy SEALs of Alpha platoon, the startling accusations against their chief, Eddie Gallagher, and the courtroom battle that exposed the dark underbelly of America’s special forces—from a Pulitzer Prize–winning reporter

By official accounts, the Navy SEALs of Alpha platoon returned as heroes after their 2017 deployment to Mosul, following a vicious, bloody, and successful campaign to drive ISIS from the city. But within the platoon a different war raged. Even as Alpha’s chief, Eddie Gallagher, was being honored by the Navy for his leadership, several of his men were preparing to report him for war crimes, alleging that he’d stabbed a prisoner in cold blood and taken lethal sniper shots at unarmed civilians.

In riveting detail, Pulitzer Prize–winning New York Times correspondent David Philipps reveals the story of a group of special operators caught in a moral crucible—should they uphold their oath and turn in their chief, or honor the SEALs’ unwritten code of silence?

David Philipps is an award-winning national correspondent for The New York Times, where he writes about the military. His work has appeared in the Los Angeles Times, the Chicago Tribune, The Philadelphia Inquirer, and The Seattle Times, among other publications. His military coverage won a Pulitzer Prize for national reporting, and he was twice named a Pulitzer finalist, for local reporting and for breaking news. His coverage of the violence at Fort Carson in the Colorado Springs Gazette won the Livingston Award, and his book Lethal Warriors won honorable mention for the J. Anthony Lukas Prize. He lives in Colorado Springs, Colorado, with his family.

ABOUT THE UCSD DEMOCRACY LAB

The Democracy Lab is a new initiative of the Communication Department that serves as an umbrella for various projects that advance the Department’s history of community engaged research advancing broad multiscalar [political] participation and social justice. The lab supports research collaboration and outwardly facing programming, and offers a collaborative media practice lab, podcasting studio, and networked meeting room for participating faculty, grad and undergrad researchers [in and beyond the department].  The Lab builds on the interdisciplinary strengths of our department and reflects both the interests and expertise of faculty working and teaching across a wide range of areas, including (but not limited to) populism and politics, design and media production; journalism studies and comparative media systems; law and technology; geography, cartography, and governance; youth disenfranchisement and empowerment. To learn more about Democracy Lab click here. 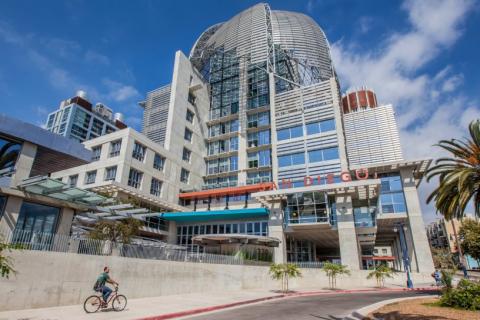