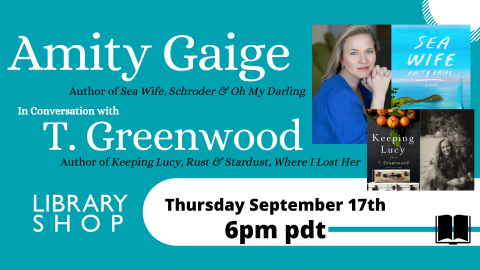 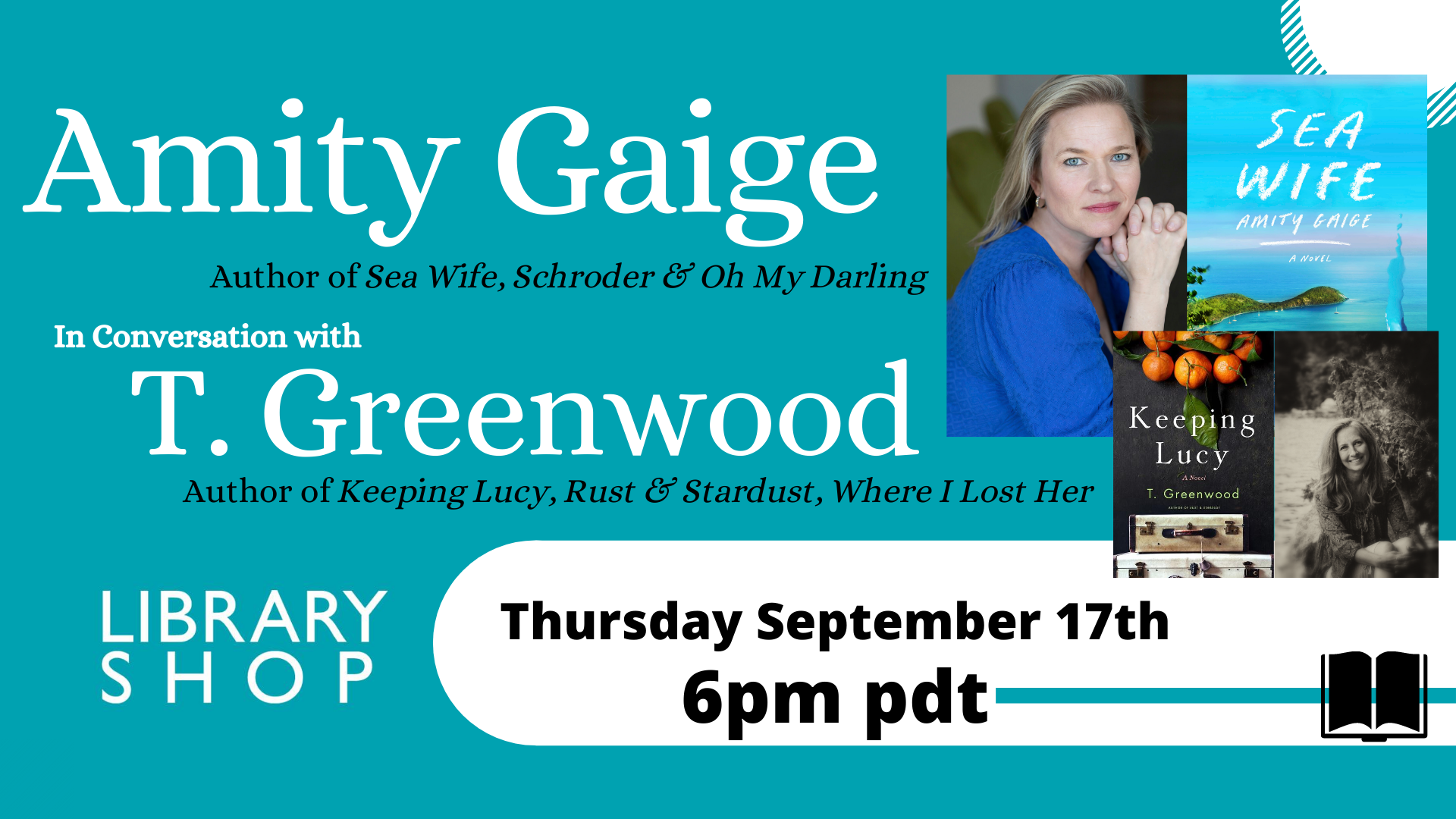 Want to be reminded about this event? Complete the form below to have an email notification sent to you 24 hours prior to the event.

Join us virtually on the Library Shop’s Crowdcast Channel for a conversation between two critically acclaimed literary novelists, Amity Gaige (Schroder, O My Darling) and T. Greenwood (Keeping Lucy, Two Rivers, Rust & Stardust) as they discuss Amity’s latest work, Sea Wife (which Lauren Groff called ‘a smart, swift, and thrilling novel’) and the writing life. They’ll also take your questions and we’ll deliver any books you purchase directly to your door! This event is free and open to the public and is accessible through any web browser on any device.

THIS A FREE EVENT OPEN TO THE PUBLIC AND STREAMING VIRTUALLY VIA CROWDCAST. No software needed! Access through any web browser! If you're on an IOS or Android device you can also download the app.

To purchase a copy of any of T. Greenwood's Keeping Lucy click here.

AMITY GAIGE is the author of three previous novels, O My Darling, The Folded World, and Schroder, which was short-listed for the Folio Prize in 2014. Published in eighteen countries, Schroder was named one of best books of 2013 by The New York Times Book Review,The Huffington Post, Washington Post, The Wall Street Journal, Kirkus Reviews, The Women’s National Book Association, Cosmopolitan, Denver Post, The Buffalo News, The Millions, Amazon, Bookmarks, and Publisher’s Weekly, among others. Gaige is the recipient of many awards for her previous novels, including Foreword Book of the Year Award for 2007; and in 2006, she was named one of the “5 Under 35” outstanding emerging writers by the National Book Foundation. She has a Fulbright and a Guggenheim Fellowship, and residencies at MacDowell and Yaddo. Her work has appeared in The Guardian, The New York Times, the Literary Review, The Yale Review, and One Story. She lives in Connecticut with her family.

T. GREENWOOD's novels have sold over 250,000 copies. She has received grants from the Sherwood Anderson Foundation, Christopher Isherwood Foundation, National Endowment for the Arts, and the Maryland State Arts Council. Her novel Bodies of Water was a 2014 Lambda Literary Awards Finalist; Two Rivers and Grace were each named Best General Fiction Book at the San Diego Book Awards, and Where I Lost Her was a Globe and Mail bestseller in 2016. Greenwood lives with her family in San Diego.