The Incarceration Letters of Fusa Tsumagari 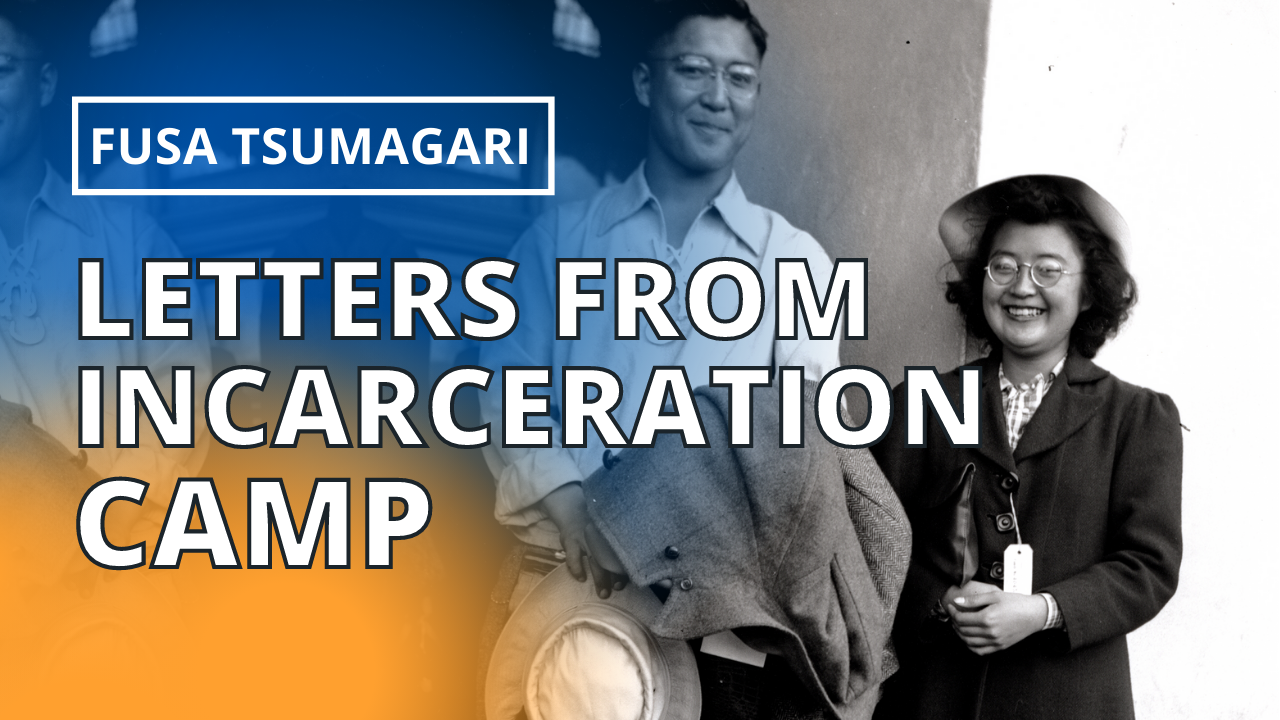 Want to be reminded about this event? Complete the form below to have an email notification sent to you 24 hours prior to the event.

San Diego High School senior Fusa Tsumagari wrote over 30 letters to heroic San Diego librarian Clara Breed during her incarceration. Her letters express the grief and hopes that she had for those in the camps, her family, and Miss Breed herself. Always quick to apologize for not writing sooner, her words always kept a positive outlook during bleak times.

Listen to the three letters below read by Write Out Loud actors Jyl Kaneshiro, Mark Christopher Lawrence, and Steven Lone. Visit the Clara Breed Collection at the Japanese American National Museum for access to all the letters Tsumagari wrote.

Visit this link to listen to three letters below read by Write Out Loud actors Jyl Kaneshiro, Mark Christopher Lawrence, and Steven Lone. See selected letters with excerpts in the attached PDF file with links to the Clara Breed Collection at the Japanese American National Museum for access to all the letters Tsumagari wrote.

Letter to Clara Breed from Fusa Tsumagari, Arcadia, California, May 22, 1942

“The only thing we can bring in from the outside is candy. Gee, that really makes me mad. On top of that, the Canteen has stopped selling cookies, sandwiches, cakes and all sorts of sweets except candy. We have all come to the conclusion that the mess halls will have to serve us better food. Gee, I like stew, but I don't like to eat it three meals in succession.”

“The version I heard over the radio was quite unlike anything that I have heard in camp. The radio news stated that Mr. Wade, head of these camps stated that "'pro-Axis' elements, a small but well organized group, incited the people to go on strike" or something similar to that. Gee, I was amazed at this report as it was the first of this sort that I had heard. All I know is hearsay, but it comes from reliable sources so I'll tell you our version.”

“What memories run through my mind! Just one year ago today we entered Santa Anita Assembly Center into an undreamed of and unheard of world. Today, it seems as though it was a nice vacation period. Today I feel tired of this humdrum concentrated way of living. Most of us would like to go back into normal life and become useful American citizens.”

This conversation is part of the program series The Rebellious Miss Breed: San Diego Public Library and the Japanese American Incarceration. This project was made possible with support from California Humanities, a partner of the NEH. Visit calhum.org.