Program Type: Films, LGBTQIA, One Book, One San Diego
Age Group: Adult
Registration for this event is no longer open.

Join us for a 30th anniversary screening of the ground-breaking film Tongues Untied by late filmmaker Marlon Riggs. Cornelius Moore, California Newsreel co-director and colleague of Riggs' who was involved in the film's production and appeared in the cast will lead the discussion after the film.

Made to “shatter this nation’s brutalizing silence on matters of sexual and racial difference”, this bold and beautiful film combines poetry, performance, and music into a personal and universal statement on the experiences and resulting persecution of Black gay men. Met with a storm of controversy that reached all the way to Congress, Tongues Untied remains a radical act of representation.

Registration encouraged for this program. Please scroll down.

An artist of extraordinary courage and vision, Marlon Riggs gave cinematic voice to gay Black men at a time in America when to be either was to be denied one’s full humanity. Defying the culture of silence and shame that pervaded the era of the AIDS crisis, Riggs created a vibrantly expressive and innovative film that brought the richness of the queer Black experience to the screen. His Emmy winning 1987 classic documentary film Ethnic Notions remains the definitive work examining anti-Black stereotypes permeating popular culture and is a mainstay in college and high school screenings and discussions on race.

Presented in conjunction with the 2019 One Book One San Diego selection The Great Believers by Rebecca Makkai.

Parking is underground and free with 2-hour validation. The Central Library is one block from the Park & Market stop on the Trolley Blue and Orange lines.  Bus routes 11 stops right in front of the library. 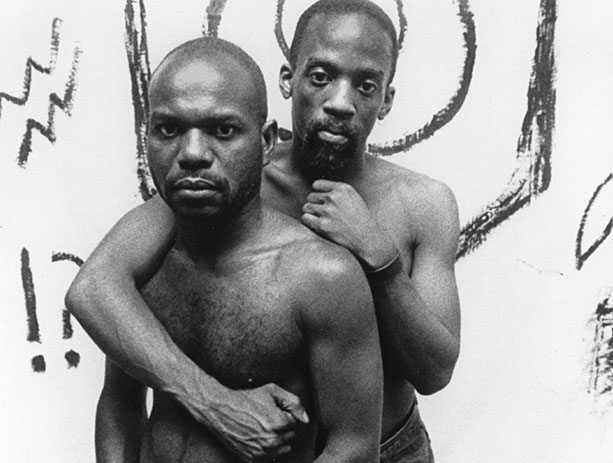