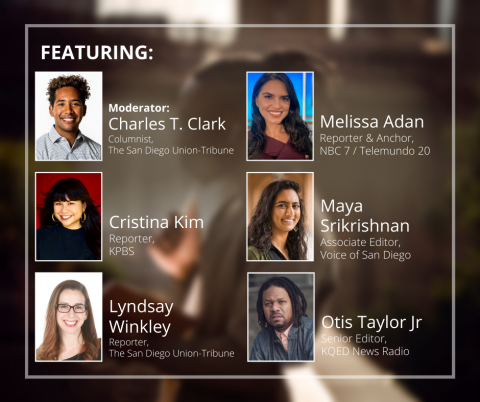 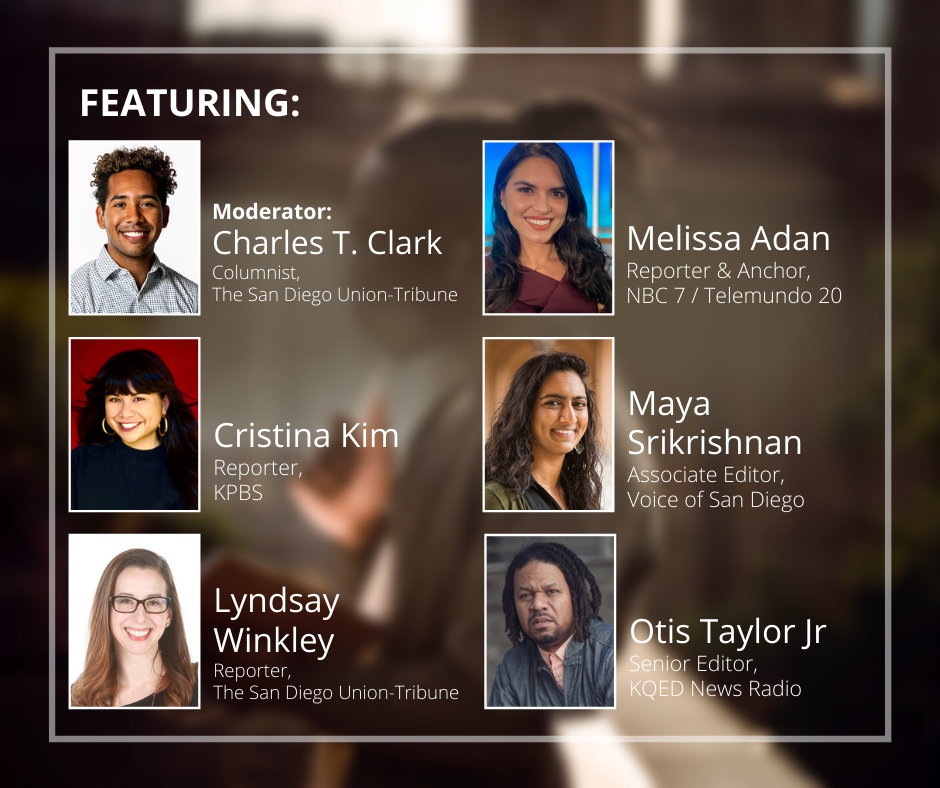 From police shootings of unarmed Black people, to the recent rise in hate crimes against Asian-Americans, to debates over the ongoing crisis at the U.S. border—stories about race and race relations have dominated recent headlines. Join us Monday, May 10 for an open and honest discussion about how journalists approach these difficult issues, how newsroom diversity impacts coverage of race and what role the media should play in creating more equitable, inclusive communities.

How the Media Covers Race is a virtual event that features moderator Charles T. Clark, columnist for The San Diego Union-Tribune, discussing this topic with a panel of fellow journalists.

This virtual discussion is part of an ongoing series of talks brought to the public in order to increase media and news literacy education. The Media Literacy Series is brought to you in part by Jerry McCormick, Public Information Officer from City of San Diego Communications department and the San Diego Public Library.

Information and program content can be made available in alternative formats upon request. To request disability-related modifications or accommodations, please email JFRogers@sandiego.gov